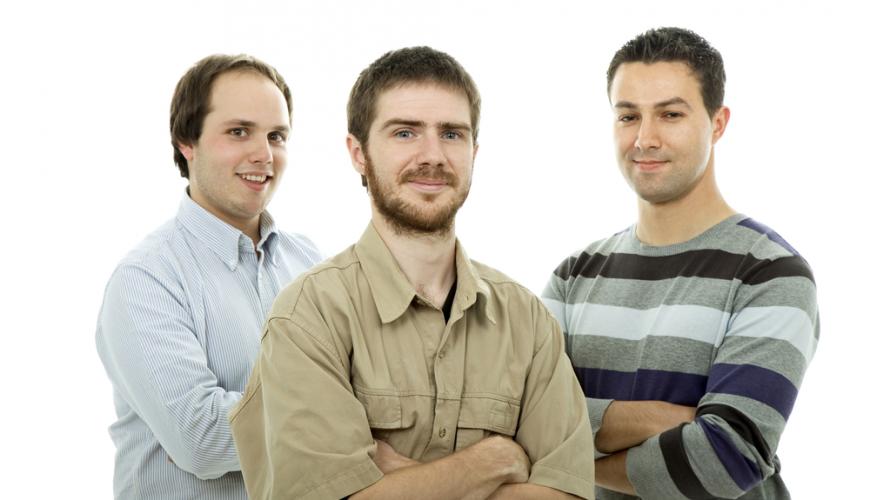 Here's the sixth post in my series following the session I presented at Drupalcon Austin, entitled "Oh look, we're growing!" This post goes a bit deeper into a framework for looking at team dynamics based on the communication styles of doer, thinker, challenger, and supporter that I first came across at the University of Oregon business school.

A Certain Type of Balanced Team

When most people say they want a balanced team, there are hundreds of ways to interpret that statement. You can balance a team's skill set to efficiently complete the projects that team is assigned. You can balance experience levels to create a mentorship model. You can balance a team based on locations, interests, career goals, and more. But arguably the most important way that a team needs to seek balance is in team dynamics. If the team doesn't work well together, it's not going to succeed. Core to working well together is identifying and accounting for the communication styles that make up the team.

There are many different models for identifying dominant communication styles, and most of them have their own merits. My favorite is one of the simplest (yet most effective) methods I've come across: the doer/thinker/challenger/supporter model. This model asserts that team members can be grouped in one of those four categories as a most dominent communication style, though often they'll display more than one or even all of those styles depending on the circumstances. The goal is to find the right mix of the four amonst the team's members.

Doers are, not surprisingly, some of a project manager's favorite team members. They're self-starters who are quick to act, value getting things done, and find satisfaction in checking tasks off lists. They're usually self-driven and able to set goals and prioritize well with minimal coaching and guidance. They can often withstand larger quantities of tedious work than their counterparts, though that's not to say they enjoy it any more. They thrive on being recognized for their work and the difference it makes to the team. All in all, you certainly want some Doers on your team!

That said, there are downsides; being results-driven and sometimes impatient can mean cutting corners or finding the easiest solution instead of the best solution. That's where Thinkers come in.

Thinkers are information sponges. They gather any and all opinions and information they can find, and love to present their intricate plans in details. They can take some time to come to conclusions, but they're very steadfast in their decision-making. They always want to come to the best conclusions, and they thrive on taking the ideas and prompts from others and improving them further. Thinkers do best when given clear expectations, goals, and structure for their work.

Thinkers and Doers present a nice balance; while Thinkers can struggle to put their plans into action, Doers love to take action, but may not think things through fully. Both archetypes combined can lead to a situation where a lot of work gets accomplished, but the work may just end up being very status quo. Challengers bring an exciting new dynamic!

Challengers enjoy playing Devil's advocate. They love to debate, to challenge the norm, and to find new and better ways of achieving goals. They tend to posess a very creative, entrepreneurial spirit that loves to take charge when the opportunity presents itself. Challengers often process their thought in a highly verbal fashion with lots of energy, which can be simultaneously exciting and abrasive for other team members. They aim to perfect the art of persuasion and seek regular social affirmation. They're generally very positive people who seek to build rapport, but can struggle to do so because of their approach. They're also usually somewhat the anti-doer, and can struggle to stay focused on completing tasks and meeting goals.

When you put together Doers, Thinkers, and Challengers on a team, things often go swimmingly until they come to a sudden grinding halt. This can happen when the Thinker is countered by the Challenger but sticks to what they deem best, and the Doer simply doesn't know what to do as a result. Luckily, Supporters exist to round our the team.

Supporters look to others to define goals and direction for a team. They're usually not natural leaders; instead they thrive on easing any tensions and building harmony within a team. When warning signs of those grinding halts appear, they seek to help the team find common ground and comprimise. They are very consistent and reliable, but usually need tasks and responsibilities clearly outlined. Though they certainly have opinions, they're often reluctant to share them for fear of causing group disharmony. Supporters are often the team members most aware of the team dynamics, and they appreciate consistency and the affirmation of being recognized as an important team member.

Given these four communication styles, finding the right balance within a team is important but not as straightforward as one might hope. The first highly valuable step is simply to have a team identify the communication styles of its members for a better level of understanding amongst the team. Beyond that, there's no secret formula saying "for an 8 person team, you need three doers, two thinkers, a challenger, and two supporters" or some such. Instead, the balance of the energy between the styles should shift depending on the phase of a project within the overall life cycle. Thinkers and Challengers will delight in early planning stages, but if there isn't a solid contingent of doers by the time production comes around, you've got trouble. A few general rules of thumb I've found tend to apply with digital projects are:

You're probably able to generally map these styles to the personas of your team members; strategists and architects are almost always Thinkers or Challengers, while developers tend to be more a blend of Doers, Thinkers, and Supporters. Designers and creatives are more often Challengers and Doers, while project managers most often fall somewhere between Doer and Supporter.

I encourage all team members, and project managers in particular, to practice the communication styles that may not come naturally to them. In the case where your team lacks a specific communication style, if you're able to model that style, the team will be all the better for it. Due to the dynamic and diverse nature of the role, project managers in particular are uniquely situated to identify gaps and fill them to balance the team. If groupthink is occuring, be the Challenger! If a team isn't seeing eye to eye, take on a bigger Supporter role to find comprimise and restore harmony. Whatever your role, understand that there's a careful balance to be maintained, and all four styles are needed in group dynamics to ensure success.

Hopefully this post spurs your team to step back to identify where communication styles might be inhibiting progress now and in the future!

Interested in the topic of organizational growth from a PM perspective? Join me and a bunch of fellow PMs at the 2014 Digital PM Summit in Austin this October! I'll be presenting a talk similar in nature to my Drupalcon presentation and related to this blog series, but new and improved after additional months of experience and iteration. The Bureau of Digital Affairs did a great job with the inaugural 2013 event, and 2014 promises even more in store. With a great lineup of speakers, topics, and of course after-parties, you'll definitely get your monies worth. I hope to see you there!

Typically I would think a trait like not getting a lot done or not being able to solve problems without assistance would be negatives when evaluating a team member. But from your angle they are also natural trade-offs in certain types. So how do you assess team members for promotions etc?

The downsides listed aren't necessarily traits that everyone who has a certain dominant communication style will exhibit. They're fairly broad generalizations, and when it comes to performance reviews, it's often not that someone is "bad at solving problems." Instead, it's much more strengths-based. While a Doer might be a competent problem solver, their real strength is that they get a great deal done. Meanwhile, it's the Thinker that is celebrated for their problem solving skills.

The polymath employee is exceedingly rare, and even if someone has no clear points of weakness, they're still stronger in some areas than others. We've enjoyed the strengths-based approach that StrengthsFinder takes, which basically purports that instead of most common methods that try to coach and improve weaknesses, organizations should instead further refine and train strengths and put team members in positions that call for those strengths, while making sure teams are balanced across the areas of strengths necessary to complete a project.