Here is part three of my multi-part post on what it takes to be a successful digital project manager. Previously, I covered the responsibilities of project managers and the self-processes of good PMs. This post digs in and looks at the actual personality traits that spell success as a project manager, and it may get a little controversial in the process!

Other posts in this series:

Were you born to be a PM?

I hate to break it to you, but regardless of desire, you may not be cut out to be a project manager. There are a lot of pieces to the puzzle of PM success, and all of them need to work in harmony. Some PMs have the skill set needed but find themselves struggling to succeed. Others have the right motivations, but lack a key ability that shoots them in the foot. Here are (what I'd argue to be) the key traits that will bring success. Some can be practiced and learned, while others you're either wired for or you're not.

Great short-term memory is crucial. With the scattered day of a project manager, you're going to be talking to a developer one minute and (with no paper around) taking a mental to-do to ask the client about image sizes, then the next you get interrupted by a site down notification that you need to deal with immediately. Then it's time for a scheduled client weekly call. Following that, another developer chats you up asking about timeline on a project. You arrive at lunch and need a breather. But wait, did you remember to write down that image size to-do?

Being able to juggle a multitude of tasks, questions, and thoughts will serve you well in the "no dropped balls" category. No matter how good your organizational system, sometimes your memory is all that will save you. Long-term memory is great too, but luckily is better aided by tools and a organization when necessary.

Ask Yourself: Are you that person who is scary good at trivia or memory association games?

Surviving project management means embracing sheer chaos on a grand scale and enjoying it. Going back to the "balls in the air" reference, the more projects and tasks you can juggle simultaneously without breaking, the better. This is partly speed and efficiency, but more than that, it's the amount of information you can handle without feeling overwhelmed. Everyone has their breaking point, but the higher yours is, the more successful you'll be in project management.

Ask Yourself: Do you keep a cool head and make a plan when everyone else is running around freaking out?

Closely related to capacity, willpower is an incredibly important trait of a project manager. Projects can be a slog, and you'll inevitably have customer fire drills, escalations, and other difficulties along the way. When one project ends, it's usually time to start another. The more willpower you have, the more you'll be able to persevere and push through the difficult situations. Often, throwing sheer willpower at problems is what gets projects to the finish line.

It's important to note that willpower is an expendable resource. Think of it like an energy bar in many classic video games. It takes time to recharge, and the lower your willpower reserves drop, the longer it can take to recover. The best project managers have huge willpower reserves and are able to self-identify when their willpower runs low and take steps to recharge.

Ask Yourself: Are you someone that keeps their eyes on the prize and fights until you get there, repeatedly picking yourself up and dusting off along the way?

I like to call this one rapid single-tasking, which bears no semblance to the pretty much debunked idea of multitasking. Rapid single-tasking is the ability to maintain a great deal of focus on a single task at a time, but then regularly switch between tasks with near zero ramp up time. This relates to the concept of developer flow, where a developer deep in solving a problem can lose an hour trying to refocus following a distraction at the wrong time. While many PM tasks don't require the same level of abstract high level thinking, the scattered, disruption-prone day of a project manager requires that a project manager be able to seamlessly switch between tasks requiring short bursts of attention repeatedly while maintaining focus on each individual task to get much of anything done.

Ask Yourself: Can you start a lengthy email to a client, get interrupted by a developer looking for a 10 minute meeting to discuss a task, and then walk back to your computer and continue on with your email's previous train of thought without re-reading what you wrote to begin with?

As a project manager, your job is never done. There's always something more that COULD be done on a project. It's pretty crucial to be able to intuitively understand the most important tasks to be completed on a project, which tasks would be great to address if you have the opportunity, and which tasks aren't worth the time.

Zooming out, you also need to prioritize amongst projects effectively to determine where your time is most needed. Relating to capacity and willpower above, you can't expect to last long working 80 hour weeks to try to keep up. Even when feeling overwhelmed by a task backlog, pick the top priority task, do it, and move on to the next. If you're not getting back on top of your workload, it may be time for a chat with management about the amount of projects they're throwing at you.

Ask Yourself: Do you wrap up your work day at a reasonable time confident that everything that needs to be done IS done?

This one is a bit of a no-brainer, but will definitely spell success or failure. Project managers are highly autonomous employees who have a lot of responsibility. As a manager of PMs, I can say first-hand that there's no way I could manage their projects for them. I can guide and coach, but a PM's intimate level of knowledge on how to achieve success on a project is solely their own. If a PM isn't motivated to kick ass, they won't. That's especially true for project managers running at full capacity and trying to be highly efficient; without being motivated by the work they're doing, they'll be drained in a hurry.

Ask Yourself: Do you feel excited or drained by the sometimes frenetic energy projects tend to generate?

Good project managers are addicted to learning, which bears fruit in two key areas. First, when working with a team of developers on highly technical topics, the more you can learn, the better. Second, as a project manager, you're going to fail from time to time. When you do, it's critical that you learn from the failure. Make it a goal to never repeat the same mistake twice.

Ask Yourself: Are you a fast learner who is engaged by learning technology and process?

For a while, we had a hypothesis that empathy (or lack thereof) could be an important PM trait, but this was debunked when we looked at a number of successful project managers and found that their empathy scores were all over the board. Instead, it's emotional intelligence that's critical to success as a PM. Clients and team members are going to get angry, frustrated, or sad. Whether or not you're empathic to the point that you feel their pain, high emotional intelligence will give you the tools to identify how a customer is feeling and why, then step back and keep a clear head to find the best solution for the problem at hand. Without high emotional intelligence, the fires that can accompany a project can stress someone out to the point of paralysis.

Ask Yourself: Are you able to identify emotional reactions in others, but also maintain the ability to step back and find a drama-free solution? 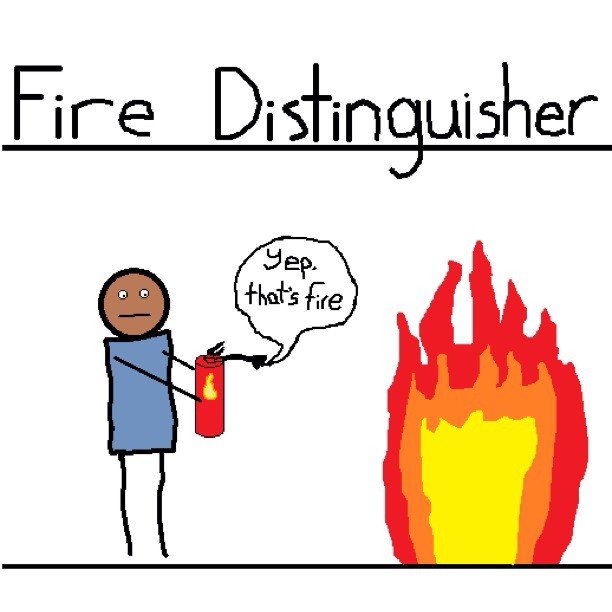 Recall numerous movie scenes where the captain of a sinking ship calls to abandon, saves as many souls as possible, and then goes down with the ship, maintaining an unfounded air of optimism the entire time. Hopefully that's a bit of an extreme compared to your everyday project scenario, but as project manager, you're the captain. While you want to be realistic about the project with stakeholders, you're also the primary cheerleader, keeping both your team and the client moving when things get tough. Yes, you're probably concerned too, but that's when you "fake it 'til you make it" a bit.

Ask Yourself: Are you an assertive, positive communicator who inspires optimism in your team's ability to succeed during dark times?

Project management is all about minimizing risk, but there is usually a tradeoff. A project manager should always work to identify the area of greatest risk on a project and reduce that risk, but it could be at the expense of increasing risk elsewhere. Sometimes your timeline and your budget are both going to be at risk, and hitting the timeline likely means sacrificing the budget (or vice versa). Pick your poison.

It's widely accepted that project managers should be great at identifying risk and stopping it in its tracks, but less mentioned is that usually it involves having a healthy appetite for taking risks. Sometimes you're going to have to gamble and make gut decisions on a project where any number of things could go wrong.

Ask Yourself: Do you trust your gut when making decisions, and when you do trust it, do you usually end up being right?

Above all else, project management is an incredibly strategic position. It requires that you maintain a simultaneous in-the-weeds view and high level perspective on a project. You need to be able to repeatedly make the right calls in high stress situations on the fly, often with imperfect information.

Further, the best project managers know how to change the rules of the game to achieve success. They find ways to manipulate outcomes without manipulating people. They reset expectations and help the client see a better solution than what's written in the contract. They answer the questions that haven't even been asked yet.

Ask Yourself: Are you the person that others come to with a complex project or process problem needing a solution?

How Did You Score?

This is by no means an all-encompassing list, but I think it hits on the most critical traits that you should have or be developing if you want to achieve success as a project manager. I'd love to hear some agreement/disagreement or start a heated debate in the comments!

Next up, part 4 will cover the knowledge required to be a successful digital project manager. The good news? It can all be learned; you just have to be a learning addict!

Thanks for this post. I think I know what you'll say, but for the record, which of the above would you say are "nature" and which are "nurture"?

Thanks for asking the question, since I imply but don't outright say it. Here's my thoughts on nature versus nurture, which are pretty subjective and could certainly be argued either way in many cases. Many of these that I think are "nurture" are learned and ingrained over decades of life, so I don't think they're easy to relearn. If someone comes into a PM position without them, they will likely fail before they have the chance to retrain these traits.

I think two underlying principles for all of these that I didn't call out in the post are 1) You need to be intelligent and 2) You need to have a very strong intuitive orientation. With that, most of these come naturally or will be learned with proper nurture over time.