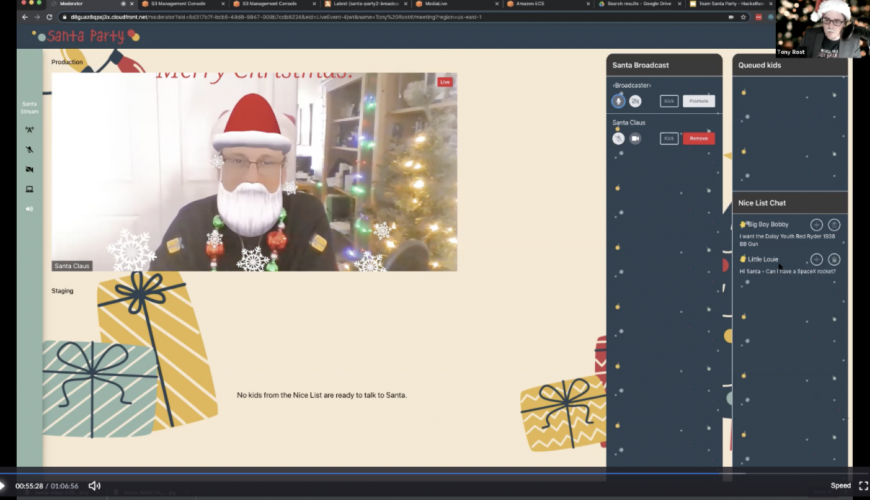 What was the challenge/problem your team wanted to solve?

Santa Claus was exposed to COVID-19 via contact with an elf that tested positive.  To reduce risk, Santa went into a mandatory two week quarantine.

To continue conversations with kids from the Nice List, Santa wanted his own video chat software branded with the North Pole™ official style guide.

What was your initial idea that you wanted to build?

We built a secured React portal with the following features:

What were the top 1-2 obstacles you encountered?

What were the top 1-2 wins/successes you had while working on the project?

What end product did you ultimately build?

Exactly what we set out to build!

What were the top 3 things you learned?