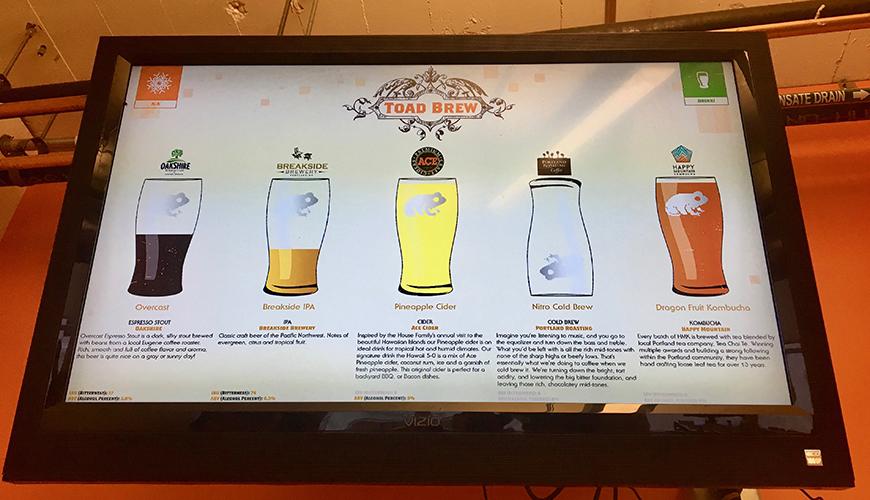 Hackathon 2018: Kegerator 2—Revenge of the Flowmeter

If you’re going to spend two long days frying a Raspberry Pi and fiddling with (very) finicky electronics, is there any better way to do it than surrounded by beer? I'm sure some of you would answer with a resounding "Yes!" but honestly, beer is *not* my preferred beverage. I’d much rather sip on a nice bourbon or scotch on the rocks. Unless there's a nice dark beer on tap...but I digress! Beer, cider, kombucha, and coffee make lots of us Toads happy, and that’s why I joined up with Team Kegerator for this year’s hackathon.

Now, the kegerator has a long and storied history here at Metal Toad. In the beginning, the kegerator was nothing more than a refrigerator with a tap sticking out of the door, but even in those early days we used it as a vehicle to experiment with new technology. Back then, the amount of liquid left in the keg was determined by a Wii Fit board! We now have five kegs with cider, cold brew, and kombucha in addition to a couple local beers; however, since there's no longer enough headroom for a Wii Fit for each keg (plus are those even around still?), we had to come up with another way to determine the amount left in each keg. Each keg is represented on our web-enabled beer status board by a pint glass, whose level lowers as the keg is tapped. Last time around, we even added little bubbles on the screen as the beer was being dispensed (because bubbles=fun).

This year, I teamed up with four other Toads—Keith Dechant, Meghane Hardin, Daniel Mesquita and James Simshaw—to kick the kegerator up a notch. Our plan was to finish installing the flowmeters, move data processing to the cloud, and start analyzing the flow and temperature data. We also decided to rebuild the front end in Django instead of Drupal—<sarcasm>because we didn’t already have enough to do</sarcasm>.

The best part, however, is this: when you’re working with a group of amazing people, you’re guaranteed to have a great time and learn a thing or two. I got to work with a few people I’d never worked with before in my day to day at Metal Toad, and seeing how other people’s minds work, how they approach problems, and what they do when things go wrong...it’s a sure-fire way to create real paradigm shifts in your own brain. That alone was worth the cost of admission (also paradigm is one of my favorite words).

But on top of the joy of collaboration, we also had some cool outcomes:

Connections that matter: From the real world to the cloud and back again

One of my favorite parts of this event—and a reason I was excited to focus on the Internet of Things (IoT)—was the chance to work with my hands instead of a keyboard. Not that I miss the smell of solder (okay, maybe a little), but it’s super fun to solve mechanical problems, because it’s instant gratification.

And connecting the real world to the digital realm is a blast—it’s the closest you can get to feeling like you’re in a science fiction novel. When you have an impact on the real world around you, then see that action reflected on a screen, it’s a thrill.

I’m always thinking about the power of IoT. It’s all around us already (and if you don’t see it in your life, that just means it’s working even better than you could imagine), and the sheer power of the data is fabulous (and a little frightening, tbh). When the tangible and the ethereal meet, magic can happen.

IoT sensors capture a mind-boggling amount of data; you can easily get drowned by the firehose of information. So being deeply sensitive to the impact this data has on the people involved is crucial. Who will monitor this data, how will they use it, how can it make people’s lives easier—and should it?

In the case of the kegerator, we have a limited audience—our colleagues at Metal Toad. But even in this scenario, thinking through the ways IoT systems impact human beings helped our team identify future kegerator improvements that could be useful:

People talk about the future being in IoT—but as far as I’m concerned, that future is already here. It’s up to those of us who build these systems to build them responsibly, and build them well. The hackathon was a great exercise in mind-melding with a bunch of brilliant people to solve one little set of problems, and gave us all new insight into how we can approach bigger ones.

After two long days, I’m ready to raise a glass to my teammates (okay, okay, I’ll have a beer this time), and to using the power of data to make a difference in the real world.