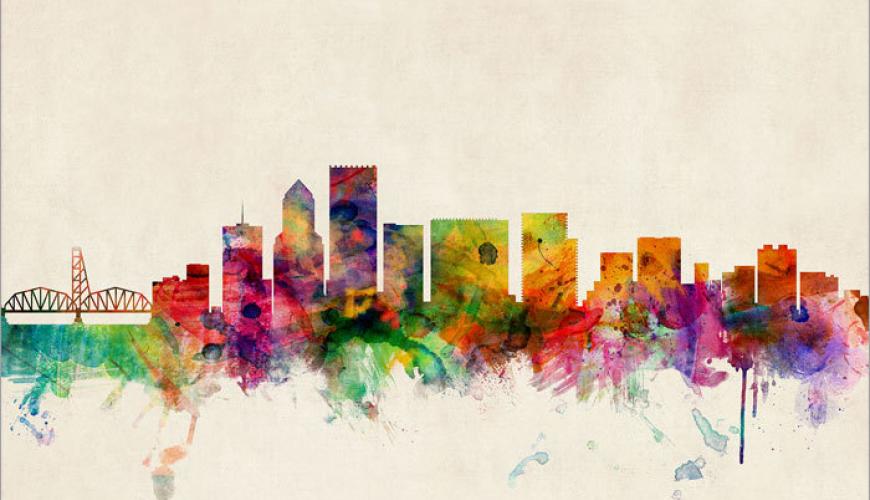 Why Portland will be the Next Tech Hub

The demand for software continues to rise.  I've written before on the current workforce gap and how that gap will be filled through vocational programing schools, and I've written about how the progress of software and how it follows evolutionary paths.  This article is a prediction on where the next epicenter of software innovation and talent will be - and that city is Portland.

Most people would agree that the current hub of software innovation is San Francisco and the surrounding Bay area, collectively known as Silicon Valley.  This location is home to the vast majority of the software and tech juggernauts: Google, Facebook, Apple - and as a result a significant portion of the tech talent, and importantly the money to fund tech innovation is based here.

Over the past 30 years or so, because of the massive success of software and tech, prices in the bay area for just about everything have sky rocketed.  This has resulted in a two-tier economy where technology folks and the services that support (lawyers, doctors, etc.) have earned more and more, while other people haven't seen the same wage growth and their effective purchasing power has been pushed down. Everyone competes for living space and where they can service industries cater to the wealthy, making the area incredibly expensive to live in.

Currently a programmer living in the area can hope to make about 50% more than in most other major metro areas and yet the cost of real estate is 5 times what it is in a city like Portland.  For tech sector employers, this situation is a lose-lose, where they pay higher wages AND face a massive burden in real estate costs.  For employees, the surface increase in earnings is positive, but is quickly washed out by a massive cost in housing.  This has resulted in the "6 figure frat house" phenomenon, where adults earning great wages by any measure, still live in a roommate situation to make ends meet.  Additionally the high costs to employers results in massive pressure to work longer hours, the net effect of which is a very difficult place to find work-life balance.

In the software space, the growth in demand has created a workforce that is still very young.  As this young workforce ages and looks toward getting married and starting a family, other metros with more affordable real estate will start to become more attractive.  Portland, as just a family friendly city just quick 1 hour flight away and house prices still at about 1/3 of what they are in most of California is the perfect choice.

Looking a little further south, Los Angeles, home to 13 million people, has a similar issue with real estate.  Compared to Portland housing and offices generally go for 2-3 times the cost of Portland and the real average wage of a programmer in Los Angeles is actually *less* than in Portland (it's about $.95 on the dollar).  Just a two hour flight away, for Los Angelenos who don't mind the rain, Portland is an easy choice.

In 2014, Portland commercial real estate hit the 2nd lowest available vacancy in the country, right after New York City.  This huge demand was lead by the tech sector which is currently responsible for 30% of the commercial leases in the city, up from 14% just a few years ago.  Google is currently looking for a 20,000/sq ft location in the area and it's just a matter of time until the other tech giants follow suit.

Beyond existing programmers and employers migrating to Portland, still more workers are needed.  As the biggest metro in Oregon, Portland is often the city of choice for graduates of OSU, UO, and PSU.  Additionally Portland is home to no less than five vocational programming schools, who collectively are turning out graduates in iOS, Android, PHP, Python and even .NET.

Fortunately for Portland there are three major convergences that will help make even massive growth achievable:

Unlike San Francisco, Los Angeles, San Diego and Seattle, Portland is not geographically constrained.  Currently great city planning that includes an urban growth boundary has managed to prevent significant urban sprawl, but this constraint is artificial and can be loosened if needed.  There is no ocean, mountain range currently preventing growth, and the surrounding area already sports several major suburban areas with their own significant employers (Intel, Nike, etc.) and economic drivers.

With urban sprawl constrained, Portland has managed to put together a very good public transportation system that includes light rail, street car and buses.  Because of strong buy-in from the people in the city, the system is well utilized and has a strong support base for expansion.  On the even more eco-friendly front, Portland has a well-deserved reputation as a very bike friendly city which many commuters take advantage of.

Looking to the future, the invention of the ride-sharing economy (Uber, Lyft) and car-sharing (SmartCar) could not have come at a better time for Portland's growth, allowing more capacity to flow through Portland's existing roadways.  The self-driving car poised on the horizon offers additional interesting possibilities.

Other people such as Diane Fraiman are also bullish on Portland as a tech and software hub, primarily because of the lower cost structure when running a start up.  These are things that Puppet Labs and New Relic already know.  I'm predicting a significant increase in investment in Portland over the next five to ten years which will firmly cement Portland's future as the Silicon Forest and software innovation hub for the next several decades.