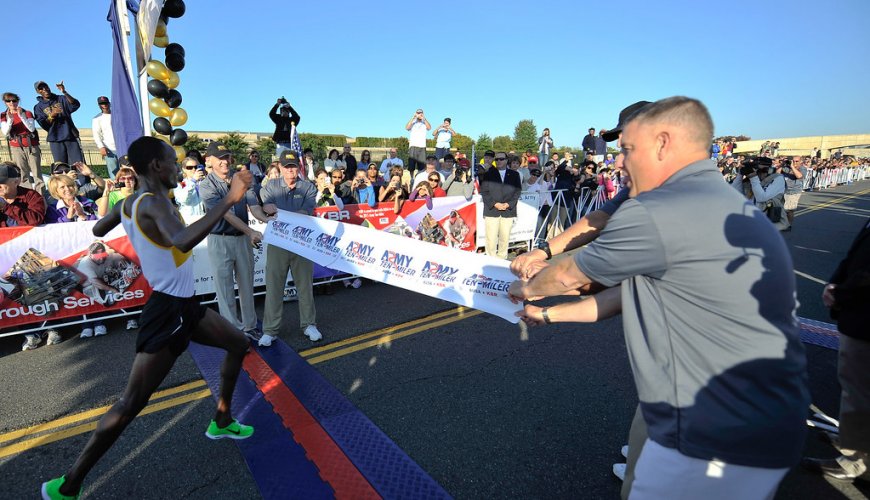 Want to get your product to market faster? Hire a Scrum Master.

In the practice of Agile Project Management, it has long been assumed that a Scrum Master (also referred to at Metal Toad as Agile Project Manager) is an integral member of any successful Scrum team. Whether it’s through day-to-day facilitation and coaching or the removal of project impediments, the Scrum Master’s value is largely presumed, but sometimes challenged. Recently, my team and I were wondering what value a Scrum Master brings to a Scrum team. We took a deep dive into our team's data from the 2017 project timeline and created metrics to assess team performance before and after adding a Scrum Master. What we found significantly reinforced the value our clients receive by the addition of a Scrum Master.

In the first half of 2017, our team structure was comprised as follows:

Under this arrangement, team velocity ran at an average monthly rate of 88 story points. Without a Scrum Master, the team felt unsupported and had to spend a lot of its time removing blockers and advocating for itself. Furthermore, the Product Owner had to play both the role of Product Owner and Scrum Master, making it more complicated to support the team while also writing robust user stories and working with the client. Traditionally, the Product Owner pushes for building the right product and delivering value, while the Scrum Master attends to the needs of the team and process improvements. When these roles are combined, it makes fulfilling each role simultaneously both a conflict of interest and wholly unsustainable.

For the first few weeks, the focus included onboarding, relationship-building, understanding key challenges, and identifying potential areas for improvement. Another priority was distributing the responsibilities that were previously placed upon the Product Owner. From there, attention turned to making major process improvements that would increase both quality and velocity. Although this was a big time commitment, the personal and relational investment in the team helped to build a platform for future success and greater efficiency in collaboration and production. The chart below follows the team’s journey from January to November 2017. Although the Scrum Master joined in June, true increases in team velocity took a couple of months to realize as processes and trusting relationships were established. 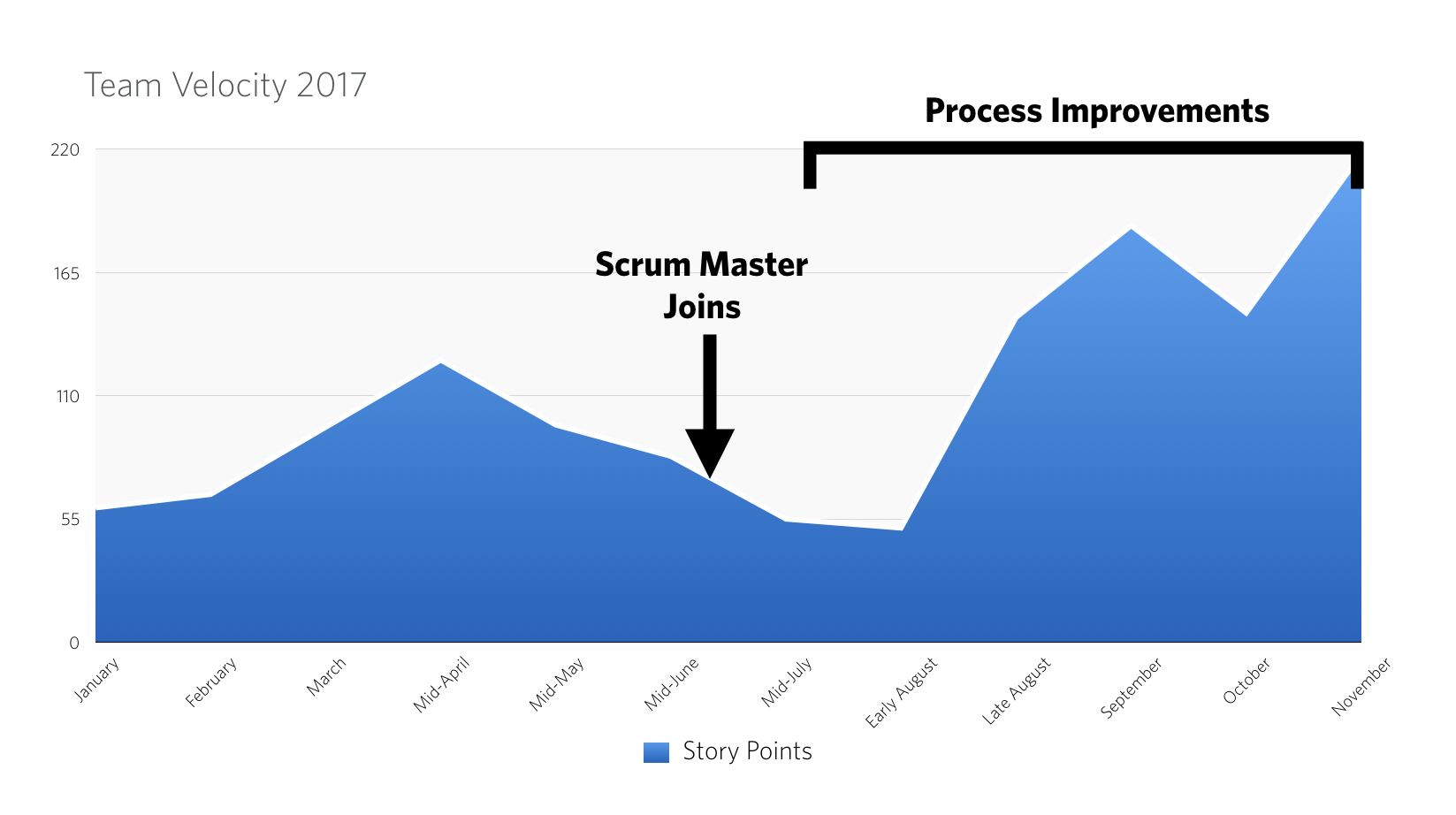 After Scrum Master (June to November)

In the second half of the year, the team’s average monthly velocity increased from 88 to 134 story points, despite having one fewer engineer than the previous period. By adding the Scrum Master, we achieved a 53% gain in monthly velocity from the previous half of the year, and sufficiently proved to both ourselves and the client the value of a team that is organized and efficient on all fronts. By focusing on the team’s health, client collaboration, process improvements, and alleviating the workload burden of the Product Owner, we were able to nearly double our velocity even with a smaller engineering headcount. This real data shows that throwing more engineers at a project is not always the answer to getting a product to market. Next time, try a Scrum Master.

Thanks for posting this Ori. We have had a client recently request that we completely remove project management from the scope of one of their projects and I very well may refer back to your historical data to support the facts that we all know in our hearts.