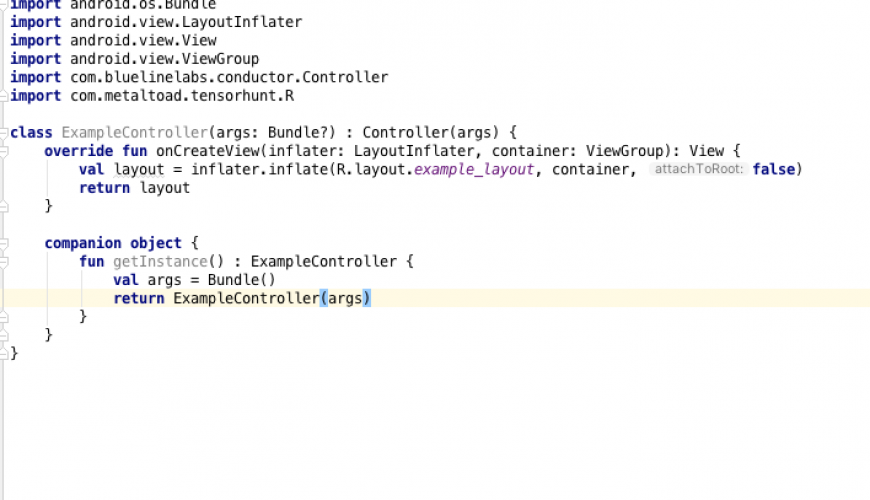 User interfaces have evolved over time. However, the archetypal approach to creating great user interfaces on Android has not. The first party tools available to all Android developers for crafting elegant user interfaces are Activities, Fragments, and Views. For the sake of this article, we will define a custom View to be a class that extends the View class and handles the actions of the user interface component.

When choosing between Activities, Fragments, and Views, there are valid reasons to choose Fragments over the other options. These include:

The Trouble With Fragments

From the previous bullet points, we would be behooved to write all of our user interfaces utilizing Fragments. Initially, this was true, the majority accepted that Fragments were how we were supposed to write responsive user interfaces for Android applications. However, Fragments didn't live up to the promise of what they could have been and have had a controversial history. A few years ago there was an article from Square, found here, about how they were moving away from Fragments.

If we are not going to use Fragments then the other options are to use either multiple Activities or to use a single Activity and custom Views. Using multiple Activities unfortunately leaves us without much modularity as well as some hidden costs associated with running a new Activity for every view you create. Creating a new Activity has more overhead than creating a new Fragment. Activities are also destroyed on configuration changes(ie rotating the screen). This means your state could potentially be destroyed when a user rotates their device. This also leads to some complications in testing your user interfaces as there is more interdependent logic stored within the Activity and it's lifecycle methods. Custom Views on their own are not a viable option as they do not have the framework to handle a back stack to provide back navigation.

There was one more first party method of creating UI elements that would could tap into, creating custom Android views. This route, we create a widget for each of our views. However, unlike Activities and Fragments, custom Views by default do not have back stack handlers, so you would have to implement back stack management on your own.

On Conductor’s GitHub page, it is described as,

Let's look deeper and see how it fits for solving the problems of using Fragments, multiple Activities, or custom Views. You can have a single Activity run while switching out Conductor’s Controllers, just like using Fragments. Conductor’s Routers handle all of our back stack management for us, in a simpler manner than Fragments. Through either the built in animations and transitions, or creating your own, you can have simple, yet elegant transitions between your Views.

While Conductor does have a lifecycle to manage, it is far simpler than that of Fragments. You can view the Fragment lifecycle in the Android Fragment documentation and Conductor's Controller lifecycle can be found on the Conductor GitHub repository page.

Another aspect of Conductor being a small, yet full-featured framework is its simplicity. Most tasks only require a couple of lines of code and tend to work as one would expect them.

Ideally, if using Conductor, you would be putting your view logic into custom Views and using Conductor to do some minor management of those Views. This would keep everything modular in the case that you move to some other method of displaying custom Views. Another advantage of creating these modular views is that they can be reused in multiple scenarios no matter how your UI is being displayed.

Like Fragments, Conductor’s Controllers need a container to be able to be placed into.

The router handles our back stack management. The router is initialized via, while substituting in your context, container and saved instance state):

Conductor comes with some premade transitions, called ChangeHandlers, that can be used, or you can create your own custom ChangeHandlers.

For example, if you want to have the View slide in horizontally and slide out horizontally, you would do

To create a basic Controller, you want to have a layout xml created, extend the Controller class and implement the onCreateView(LayoutInflater, ViewGroup) method. For example,

While Conductor may be a third party library, you can create responsive user interfaces that just work and don't have to put as much effort into managing multiple lifecycles. You get the advantages of using Fragments, without many of the drawbacks, which will allow you as the developer to focus on what really matters instead of figuring out what a Fragment is doing and why it won't react in the way you'd expect. As a developer it will be your choice if the benefits of using Conductor outweigh the reality of pulling in a third party library to handle something that has a first party component that does similar.

*Android is a trademark of Google LLC.

I'd also like to point out that I think Google has recognized the issues and has now begun introducing (long desired, much needed) guidance in this area via their Architecture Component (https://developer.android.com/topic/libraries/architecture/index.html) libraries. I expect more components released in the future to help us devs ease the pain of implementing quirky, long-standing Android'isms.