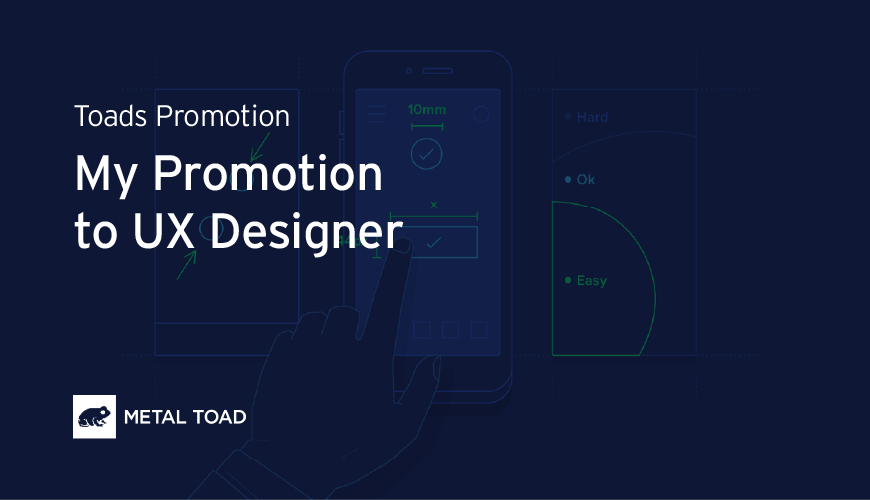 My Promotion to UX Designer

I’ve been working at Metal Toad for almost eight months, I joined the company as a Graphic Designer and Video Editor, and now I’ve been promoted to UX Designer. In my new role, my responsibility is to solve business and user problems with elegant and intuitive UX design solutions.

When I entered Metal Toad, my only interest was Graphic Design. I used to have meetings with our CEO, Joaquin Lippincott, and Joaquin was always asking about how I was feeling, what my career plan was and what I wanted to achieve. These questions made me think a lot about my career path for the future. I started following some UX designers on my social media, and I decided that I wanted to learn how that worked. I’m a curious person, and curiosity is one of Metal Toad’s values, so I wonder, why not offer myself to help in a project that needs UX? Even without theoretical knowledge in the UX field, I talked to Joaquin, and he didn’t resited in saying yes. He offered me a project to help, and I was afraid of disappointing someone, but I took my curiosity and willpower, and everything worked out. Suddenly, I was part of other projects because they realized I could do the job.

A couple of months after my first UX/UI project, I talked to Kirk, my marketing manager, and I told him I was thinking about changing my role. He totally supported my idea. From my experience, the support I felt from Kirk and my fellow Toads helped me decide to dive into UX/UI as a career. After making a decision, I sent Joaquin a message, and we scheduled a meeting. He was more excited than me, which was funny and, at the same time, so helpful in making me feel confident about asking to be promoted cause that’s what I did. He asked me why I wanted to change to UX, I explained, and after that, he gathered a bunch of information and built me a guide to start, I never imagined the CEO doing that for me, but I guess Metal Toad is just different.

A week later, my promotion was official, and I’ve been working on getting certifications, learning as much as I can, and being available for new projects.

With this promotion, what I’m most excited about is learning and making customers happy. I feel that now, I have a career path to follow, which is extremely fulfilling. Also, I’m excited about learning more about how I can facilitate user’s life. 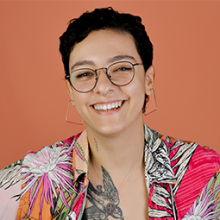