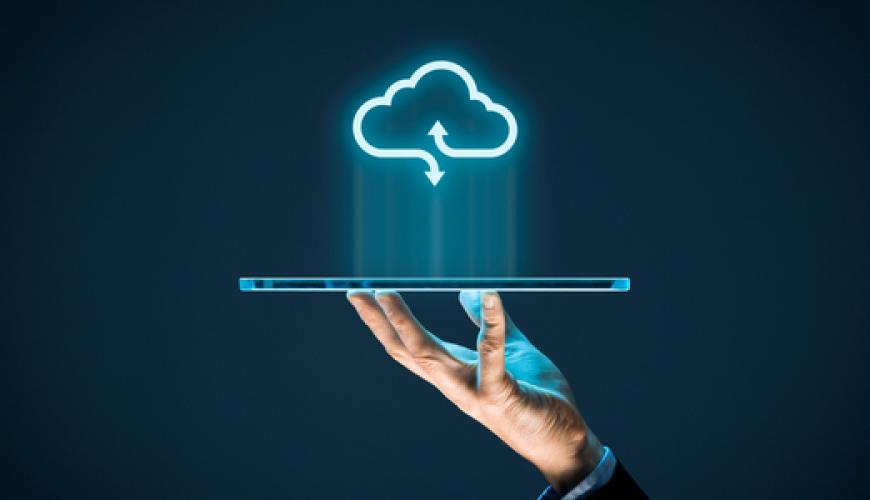 How Cloud became the most important buzzword in business

I talk a lot about the Cloud.  In fact if I were doing shots every time I mentioned the word, I'd probably be facedown on my desk by 9AM.  Like many buzzwords in the C-Suite there's a lot of excitement and confusion around the term.  Unlike some other buzzwords, this movement really is so important it will change the way we all live and work forever.

Cloud is not the first (and probably not the last) disruptor to business via software.  Over the past 50 years or so there have been four major epochs of software, with Cloud being the latest:

The first major change in software after it was invented was the consolidation of software from disparate bits of code that were being written into commercialized software that could be sold to businesses and consumers alike.  The major ERP providers (Oracle, SAP, Microsoft) and many other companies were founded during this era (Oracle 1977, Microsoft 1975, SAP 1972) - and over the next 3 decades commercial software was sold into business resulting in tremendous consolidation and wealth creation for the players involved.  The peak output of this era was the creation of the ERP, an acronym so widespread in corporate America that few people even in the industry can tell you what it stands for off the top of their head (it's Enterprise Resource Planning).  ERP software in theory is software "to rule them all", which handles every corner of what is required to run a business. 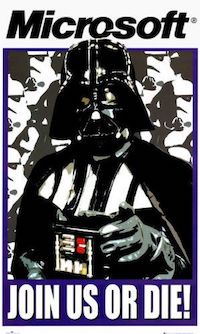 Then in the late 80s, Richard Stallman launched the GNU Project - a licensing arrangement designed to make software free and easy to share.  The term "Open Source" wasn't coined until the late 90s around the time the code for the internet browser Netscape Navigator was released to the public.  For those not around at the time many nerds (myself included) were in full revolt against the "Evil Empire" of Microsoft whose dominance in Operating Systems, consumer and business software alike made them appear like the unstoppable force that Amazon appears to be today.

During this time there were a number of advancements in software: open source languages (eg, php) evolved to support frameworks (eg, Zend), frameworks in turn gave way to open source platforms (eg, Drupal).  The mood from the late 90s well into the decade that followed was a jubilant wave of enthusiasm: for proponents, there was no problem that open source software couldn't solve - and even better, the code was free!

The first cracks in the open source approach appeared during the upgrade cycles of the most well developed platforms.  In many systems, great care was taken to "preserve the upgrade path" with the intention that the underlying code should be able to be replaced with a minimal impact to application. In other systems less care was applied here, but no matter the approach the net result was the same: upgrading was more difficult and expensive than the initial build.  The reasons here are only obvious in hindsight: when upgrading not only did you need to write the custom code, and migrate your existing content over, but you also needed to add enough functionality to rationalize a major re-investment to replace something that already existed.

In the late 2000s just as the shine was coming off Open Source, the Software as a Service market was coming into full bloom.  If the problem with Open Source was the cost of code ownership, why not lease it instead?  Costs for hosting had dropped significantly, the internet was everywhere, all the time, and the software itself (thanks to Open Source) had become a lot cheaper and easier to build.  The secrets for SaaS products were the ability to build and sell code at scale.  In the CMS space, DIY projects like WordPress and Drupal came under fire from products like SquareSpace and Adobe Experience Manager; Open Source CRM projects faced more challenges from SaaS providers like Salesforce and dozens of other smaller applications.  Even accounting software (never really Open Source) started to cannibalize their own user base by moving to online versions.  For existing software manufacturers it was an opportunity to convert single one-time purchases into recurring revenue streams that would last *forever*.  For many large Open Source projects and communities, it was a bloodbath.  In some cases the pull to SaaS was so strong that former benevolent corporate sponsors walked away with Open Source code and completely rebranded leaving some Open Source developer communities dazed, confused - and angry.

As a service provider who prides ourselves on making the best recommendations for our customers, we couldn’t deny the value that existed on these platforms for many of our customers, conceptually being aligned to a software platform with a robust roadmap just made sense.  As a result, there were a number of areas - video streaming, CMS, CRM - where we moved away from full software builds, or helped with product selection and consulting instead.

Way back in 2009 we won our first hosting client - the website for the Primetime Emmys.  The scale required was big and the visibility was high, so we setup a small cluster of big, beefy, physical servers in a physical facility to host the website - and it worked.  We hosted the website for several years with 0 downtime (thanks lots of hard work by a smart team and Akamai CDN), and even though AWS had also launched in 2006 we never thought of moving the site there.  Back then I was fond of saying “the Cloud will be great someday, but not today”.  For us, someday came in 2011, with a high profile rebuild of a new website.  The code was released to us 1 week before a major televised event and the new code required a major increase in the required hardware to get to proper performance.  The short timeline meant we simply couldn’t purchase the physical hardware required and rack it in time.  In a Hail Mary attempt to get things across the finish line we set up the site on AWS, held our breath… and it worked perfectly.  From that point on we were true cloud converts.  “Someday” had arrived and the Cloud was great.

For a number of years after that, the Cloud was a cost-effective place to get storage and compute cycles.  The worst part about it was the pricing: Amazon kept dropping the price, a penny per hour at a time.  Google and Microsoft joined the fray in (2008 and 2010 respectively), and more and more traditional hosting providers (Rackspace, etc) started offering their own brand of cloud.  Virtualization was in full vogue and the marketplace was vibrant and varied.

Then with the launch of AWS Lambda in 2014, things shifted again.  You didn’t need to reserve computing power for months, weeks, days or even hours - you could buy in milliseconds.  This shift had profound implications not only for the costs of hosting, but for the promise of how software itself should be built.  The concept of serverless architecture started driving discussions and capturing the imagination of developers - cloud applications spun up on demand using only the resources required, and freeing them up as soon as they were no longer needed.  If fully implemented, rebuilding the software in use today there’s no doubt billions of hours of compute time and associated watts of energy could be freed up - and that’s just the tip of the iceberg.  The AWS cloud now features over 120 products and services including compute cycles optimized for machine, video, AR/VR, IoT, voice, analytics - and even satellite.

By comparison, the promise of SaaS has gone stale.  Years of deferred investment on software roadmaps, maximizing profits, marketing fluff, and walled garden philosophies have left many SaaS providers in a state of high technical debt and high pricing.  The Cloud is going to eat them for lunch.  By way of example, back in 2003 I built a video transcoding engine (using an Open Source project).  The experience was a labor intensive, painful one, so in 2006 when the scores of SaaS video management platforms were released, I readily endorsed them for my customers - Brightcove, Kaltura, Ooyala - they were all better than my home spun system.  Now more than a decade later, many of these systems have fallen behind the times and include many features that customers simply don’t want.  On the cloud front, AWS Elemental offers a-la-carte video features on cloud instances optimized for various functions.  I’m also aware of not 1 but 3 large entertainment companies currently looking at overhauling how they manage video.  And that’s just one small corner of what’s possible!

The Cloud is changing how all software should - and will - be built.  Software is no longer a cost center or a need-to-have for most corporations, but rather a critical part of their customer experience and value chain.  If your competitors allow customers to buy online and you do not, you are in trouble.  If your competitors’ software costs are less than yours and this allows them to beat you on pricing, you are in trouble.  Most of the software in use in the world right now is old, clunky, out-dated, built on aging, poorly architected infrastructure.  For the visionary CEO, this presents an unparalleled opportunity; and for the luddite this is an existential threat.  It’s likely that a full shift to Cloud will take decades, but it will impact everyone.  If you haven’t looked at how your company’s and industry’s software will be impacted - it’s high time to elevate it in your priority list.  The Cloud is coming for all of us.