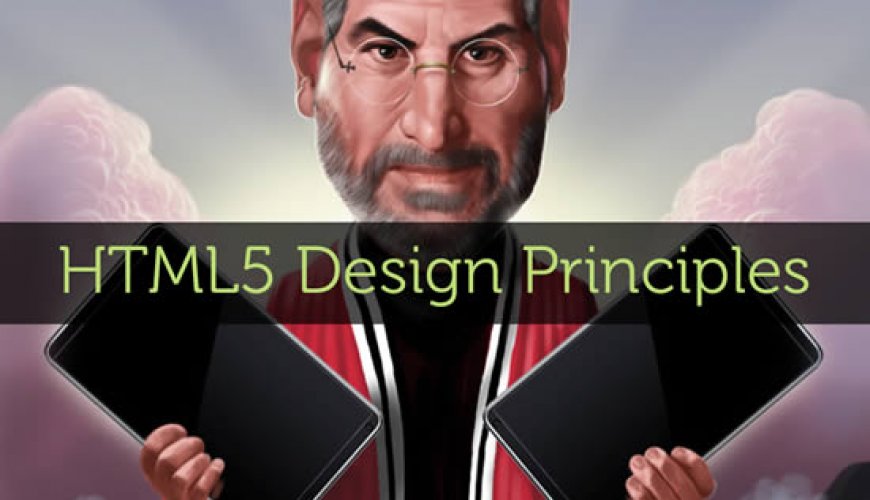 What Makes HTML5 so Great?

When the W3C started working on HTML again in 2007, they posted a set of guiding principles for the new version, emphasizing compatibility, utility and interoperability. I’d like to highlight four of these principles that I think are especially important.

In the process, I’ll explain why HTML5 is not just the latest version, but represents a fundamental shift in the philosophy behind HTML.

“It should be possible to process existing HTML documents as HTML5 and get results that are compatible with the existing expectations of users and authors, based on the behavior of existing browsers.”
– W3C HTML Design Principles

Another way to put this is backwards-compatibility, and it almost didn’t happen this way. Without getting into too much detail, in the late 90s, the W3C was concerned that HTML was too forgiving of markup errors, and began shifting focus from HTML to the more draconian XML.

However, the browser vendors and web development community didn’t like the new direction, and formed a new group to evolve HTML. In 2006 the W3C admitted that they were wrong, and that they would work with the new group on HTML5,

As a result, one of the core principles of HTML5 represents the conclusion of nearly a decade of debate and politics around the simple idea that a new standard shouldn’t break existing websites.

“HTML5 should be designed so that Web content can degrade gracefully in older or less capable user agents, even when making use of new elements, attributes, and APIs.”
– W3C HTML Design Principles

This sort of progressive enhancement is not possible for every new feature, but codifying this ideal demonstrates the commitment to backwards compatibility.

“When a practice is already widespread among authors, consider adopting it rather than forbidding it or inventing something new.”
– W3C HTML Design Principles

It would have been easy enough to say “We’re back to HTML now, so XHTML syntax isn’t valid anymore,” but allowing both styles encourages more people to follow the spec.

“In case of conflict, consider users over authors over implementors over specifiers over theoretical purity. In other words costs or difficulties to the user should be given more weight than costs to authors.”
– W3C HTML Design Principles

Finally, we have the priority list. Sounds like common sense, but since the vendors are part of the groups that draft the specs, they had a larger voice than we did. This guideline reminds the authors that they ultimately answer to the users, not the vendors. After all, if nobody follows the spec, it doesn’t matter if any browsers support it.

HTML 5 is a new way to execute the graphical presentation more effectively, easily, simply and straightly.