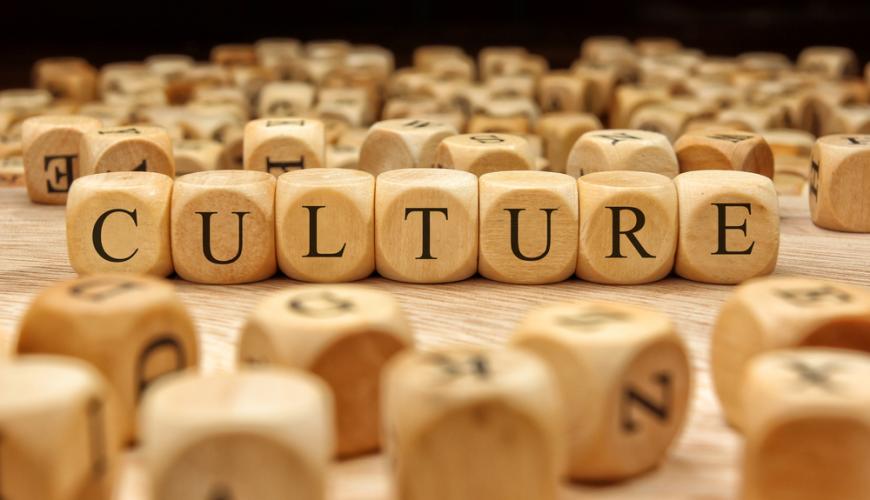 At our company we are known for having a great culture.  You can feel it when you walk in: people are at ease, they obviously enjoy what they do and the people they work with.  But what drives a great culture? What continues to sustain it and how do you know it when you get there? At Metal Toad we have devoted a fair amount to thinking about what it is (it’s not the foosball tables), even going so far as to bind a leather bound copy of unwritten rules, but at its heart culture is never things about the WHAT and always about the WHO.

Interestingly as a company grows, contracts or just ages, invariably the who of the company changes. The difference between normal companies and companies with great culture is that what is allowed to flex in terms of culture is absolutely intentional.  A healthy culture is divided into three areas:

When these three areas are made intentional, a company can grow or go through hard times and retain the essence of who they are.  In many respects this gives the company its soul.

In Scaling Up by Verne Harnish, they refer to a company’s Core as the Values, Purpose and Core Competencies.  I have a slightly different group of Core elements, but the net result is the same. A company’s Core serves as a powerful retention and recruiting tool which feeds into the powerful force of alignment.  One interesting note is that while companies aren’t required to write their Values down, no company can escape creating a set of values (not always good ones) over time.

At Metal Toad the Core of the company boils down to three things:

Our Values were originally published in 2011, about 8 years after the founding of our company.  At the time we were perhaps 10 people and I wrote them because I had heard that was a thing that companies did.  As we grew, the Values became a more and more important tool in recruiting. People referenced the Values as being something that “resonated with them”.   For any company who hasn’t written them: you are not late, but you should write (or identify) them soon. These values define who you are and they will be tested when your company comes into hard times.

The Purpose (also referred to as the Mission) is the reason a company exists.  In most start-ups this begins as a “to do things differently” mentality, but for others there is crystal clarity around the Purpose from day 1.  I first documented Metal Toad’s Purpose in 2014 - 11 years after founding the company. It was originally more wordy, but it has evolved to a very simple 3 words: to help people.  When working on figuring out your Purpose Scaling Up provides a useful framework starting with what you do, and then asking why (the 5 whys) until you get to “to save the world” and then back up one.

Before defining the direction your company is going, I think it’s important to establish a set of ethics and an overarching business philosophy.  This may be a personal bias in support of ethics, but if ethics are important to your company, you must bind yourself to them at a relatively early stage.  Berkshire Hathaway is a great example of a company who learned this lesson early and has never forgotten it no matter how the company has grown.

For me early exposure as a Design student to the AIGA Standards of Professional Practice left an indelible mark.  Coming from an organization formed in 1914, I highly recommend them as a jumping off point for determining a set of ethics to stand by.  One thing is certain to me about a code of ethics: they will be tested. Another certainty is: if you cannot stand by your ethics in lean times, you are not truly committed to them.  Our Ethics published in 2015, came as a result of being confronted with an ethical conundrum: we were being short changed by a customer, and the question was asked as to whether we were going to sue them or not.  The answer was no, and it was an opportunity to document what I saw as multiple avenues of ethical failure amongst our fellow software consulting companies - and to take a stand against them.

Our business philosophy, another critical element to how our company operates is the youngest of all of our Core elements.  Created in December 2016 to help encapsulate our “people first” philosophies, this graphic represents the way we believe we should focus: employees first, who then help our clients, who then sustain the company. 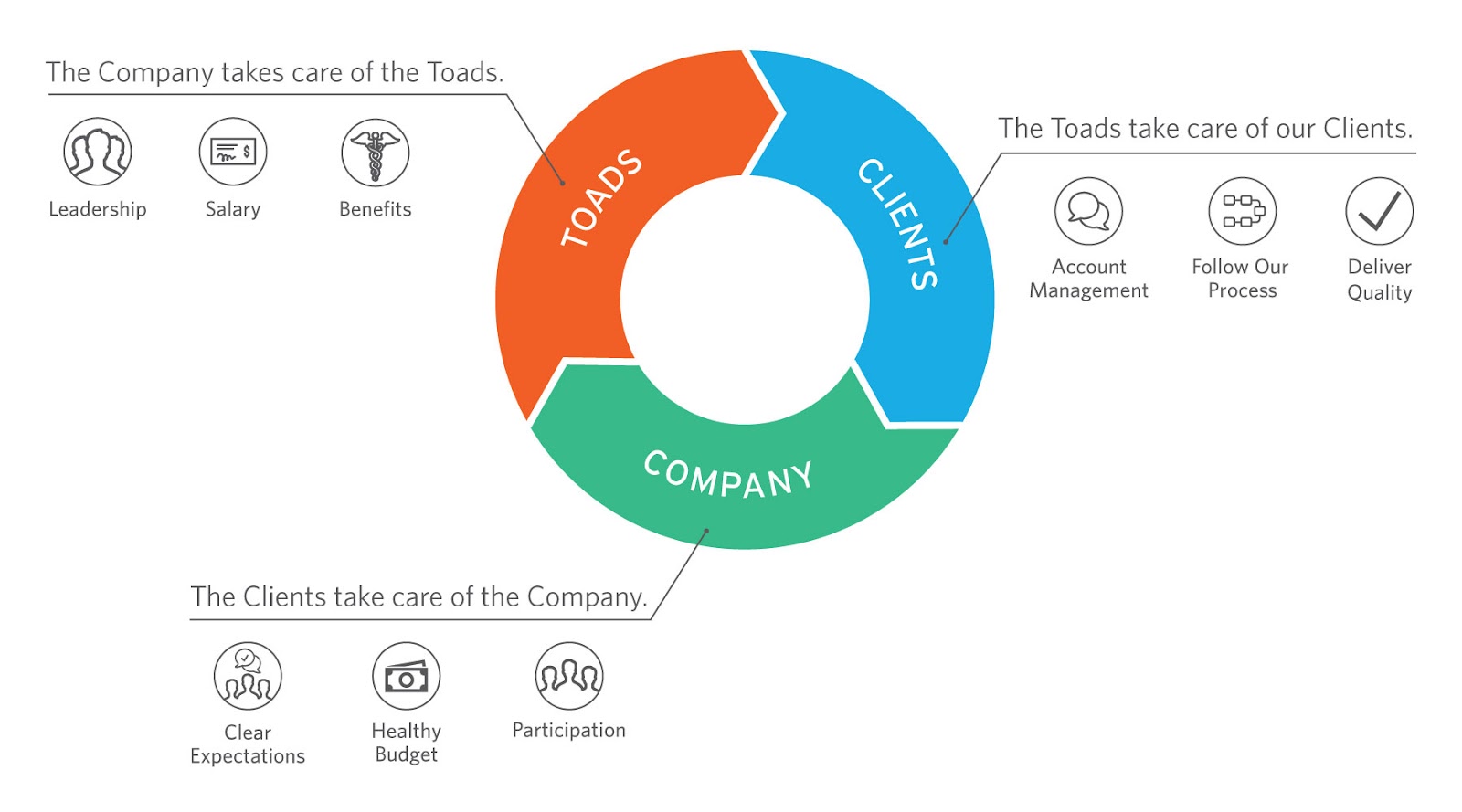 Beyond the Core, there are two additional parts to a company’s culture: Direction and Serendipity.  While each one of these parts is worth exploring on it’s own they can be quickly summed up this way:

By way of example, Metal Toad’s Direction includes a Vision to lead digital transformation within Heavy Industry and Entertainment.  While this is a multi-year, perhaps decades long quest, our target industries may expand, contract or be further clarified. Our processes similarly must evolve as the company grows and learns.

By contrast, examples of pure Serendipity include the Flying Toads (a group of skydiving employees lead by a staff member with a particular passion), our Cocktail Competition, our foosball loving culture (that seems to be falling out of favor), and our tradition of a really tricked out kegerator.  These elements may come and go, led by passionate employees who are supported by the workplace in exploring and experimenting.  The end of a particular tradition, might mean the end of an era, but we are only ever one person away from a new tradition that can capture the hearts and minds of their peers.  Other elements of Serendipity like our Book Club, Hack-a-thons and SIGs (Special Interest Groups) that are little more closely rooted to our Core (they all are fed by our Value of Curiosity) tend to last longer, outliving any one employee’s tenure or leadership.

Bringing it all together

The word Culture gets thrown around a lot, so a shared understanding of what the make up of what it is is incredibly important. Culture must include an unwavering Core, market-based Direction and the freedom to allow for Serendipity. By calling these things out for what they are, everyone in a company can know what is immutable and lasts the test of time, which market forces will dictate where a company must go, and where individual contributors can bring unique flavor.

At Metal Toad we know these lessons better than many companies and are therefore well positioned to stand the tests that life will almost certainly throw our way.