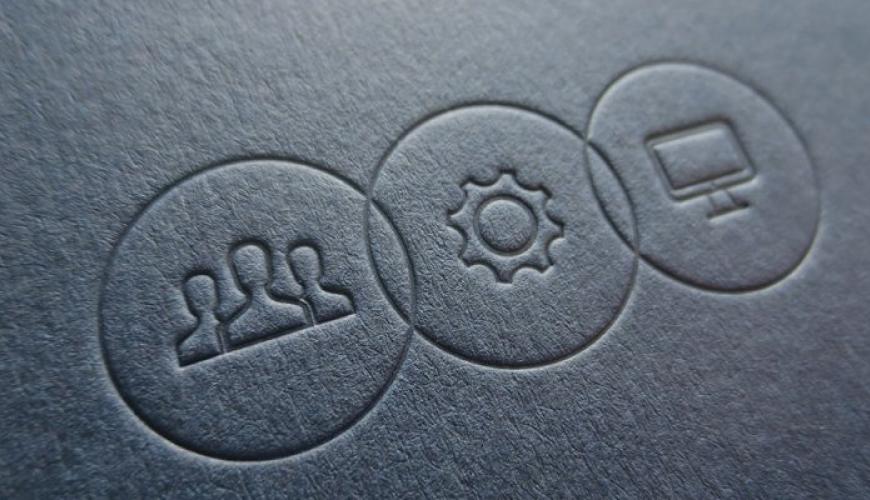 by Hayli Hay , Director of Client Services
Filed under:

One of the things that I do is help companies and business people implement a people, process, and technology golden triangle so that there is a solid foundation for growth, maturation and scalability in their organization. Though this is a complicated process, my role in this is to maximize the efficiency of these three things. You could be using the wrong technology, have too much technology, or not have enough. You could have a heavy process that burdens people or not enough process that causes rework, churn, and low quality. Whether it’s inefficiency in technology or process, people are impacted by this mismatch and work inefficiently without shiny eyes. Without an inspired team, client happiness and customer satisfaction can suffer.

Earlier this year I had the pleasure of spending a week with design/build firm, Design Platform, out of Denver, owned and operated by my longtime friend, Jonas DiCaprio. After reading my  blogs on process improvement, Jonas reached out for help, wondering if the techniques I used in the software industry could translate to architecture and construction.

To find out, I spent time with each of the six team members at Design Platform who design and build high end modern commercial and residential spaces. Collectively, the issue that caused the most pain was the classic "too much work, too few people." Manual Excel based processes, scheduling issues, material lead times, manual accounts receivable and payable processes, never ending job site task lists, confusing workflows and communication breakdowns throughout the project lifecycle plagued the small team.

With the laundry list of challenges in hand, we took the entire team to the mountain and holed up in a house to get to work. The first thing we did was a process mapping exercise. This visualized what was going on from the very first client meeting to the end of the warranty period. (PROCESS!)

Second, we identified what role (not which person) was responsible for each step in the process. This added clarity, accountability, and ownership for the team. (PEOPLE!)

Third, we identified what kind of tools could be used during each step. Instead of group text messages, critical information getting lost in email, and job site punch lists being tracked on a white board, it was decided that Design Platform was ready to invest in construction project management software. (TECHNOLOGY!) After reviewing nine different options, Design Platform decided to go with CoConstruct. The benefits of implementing this tool has resulted in punch lists getting completed faster, invoicing time reduced, and clients can follow along step-by-step with what's going on with their project. Manual processes no longer exist and the finally retired all of those Excel spreadsheets.

The people of Design Platform had clear ownership of their roles, the process was transparent, and technology added automation that freed up time, reduced mistakes, and enhanced communication. The accountability and quality has improved so greatly that Jonas implemented a bonus structure where any savings in the schedule, budget, or overhead is split evenly between the company, design team, and construction team. As you can imagine, the level of intensity and motivation picked way up after that. Sounds like balancing the golden triangle builds the foundation for rewardable scalability.