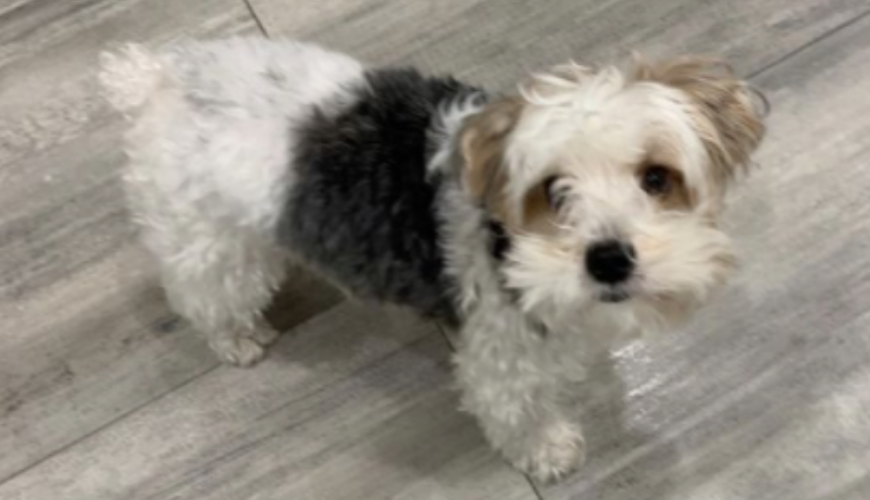 In March of 2020, I posted this photo of my dog as a joke on my Instagram: 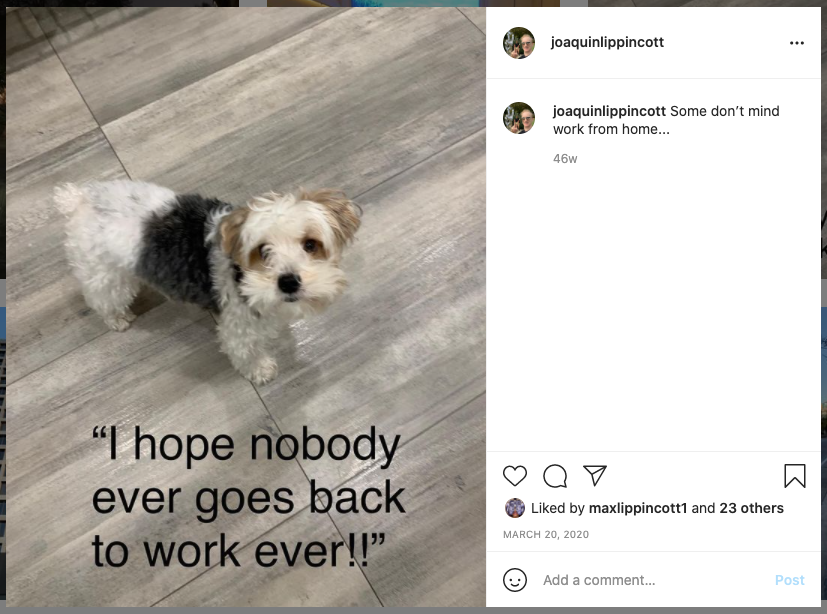 Now almost 11 months later, it turns out that my dog may have been better at seeing into the future than I was. Since March 2020, workers in many states and across many organizations have been working from home (#workfromhome). The idea for most was to hunker down for a few weeks, then a few months. Now, many companies are adapting to a new normal.

Salesforce recently declared the 9-to-5 workday is dead and is joining the ranks of companies, like Facebook and Twitter, who are both allowing people to work from home forever. As this circle expands, the potential impacts to the personal life of workers, real estate, and the world are huge.

The impact on workers

The Harvard Business Review conducted a survey which highlights some pretty major changes¹:

The net impact to morale has been that despite the negative impacts of pandemic, 58% of respondents said their current working arrangement is better than before.  Anecdotally, I've spoken to both current and former employees who have told me they wouldn't work at a company that asked them to come into an office every day. In tech, at least, this change is very likely permanent.

The impact on real estate

There is approximately 53 billion square feet of non-residential commercial real estate in the United States². While some of that is likely going to continue its current usage (health care, self-storage, etc.), 50% of it is classified as either office, retail, or hospitality, and its future is very much in question. Let's focus on office space, which is around 11 billion square feet. What will be done with this space if demand craters?

My guess is a significant portion of those spaces will convert to residential real estate. It's actually already being written about, but the changes to incomes for cities and counties will be significant. This change will be big for neighborhoods and urban planning, and it could also have an impact on residential real estate prices. There's 275 billion square feet of residential estate in the United States³⁴, but only around 2.9 billion of new residential was built in 2020. Conversion of even ⅓ of office space would more than double that. If you throw in retail and hospitality conversion as well, things could get very interesting.

The impact on the world

It's hard to overstate the impact that removing the commute will have in terms of available time. I wrote an article a few years ago on the potential impact of self-driving cars, and I discovered that in the United States alone, people spent a whopping 15.6 BILLION minutes in a car every day. Most of that commute time has evaporated, unlocking 260 million hours per day to apply to whatever people want. Back in 2018, I guessed that a lot of that time would go into consuming more media, but if even 1% is redirected to something more interesting, we are on the cusp of some pretty big possibilities.